“Entry Screening” is among the latest concerns in the White House.  Dr. Anthony Fauci, director of the National Institute of Allergy and Infectious Diseases, met with President Obama and a group of top health and security officials Monday.  They deliberated over creating additional screening requirements for travelers entering the U.S. from African nations stricken with … END_OF_DOCUMENT_TOKEN_TO_BE_REPLACED 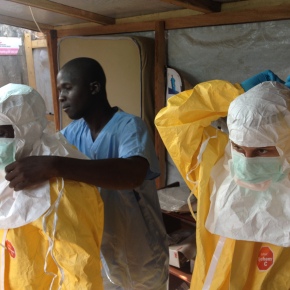 Spiraling out of Control Although Ebola has periodically caused serious localized damage in Africa since it was identified in 1976, the 2014 Ebola epidemic in Western Africa has been the deadliest in history. As of July, approximately 1,000 cases of Ebola have been recorded since February, resulting in over 650 deaths in West Africa. Unfortunately, … END_OF_DOCUMENT_TOKEN_TO_BE_REPLACED