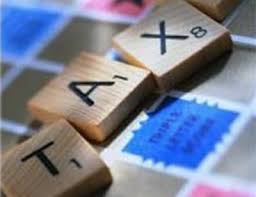 “The hardest thing in the world to understand is the income tax.”

Mitt Romney has a tax plan. He wants to lower tax rates for everyone and get rid of some tax deductions. The details of the plan and who will be benefit are hotly debated topics and seemingly an entire industry has emerged to argue about which deductions to keep and eliminate and how much revenue that will create. But the principles of the plan are clear – lower tax rates , eliminate tax expenditures, make the system simpler and America will grow.

Democrats take issue with that premise; the argument against the plan goes something like this. If you lower taxes on the rich three things will happen. First, you lose out on all of that potential revenue that remains in the hands of the wealthy instead of going into government coffers (I.e. the tax cuts “cost” trillions of dollars). Second, you return to “policies of the past” that have failed. This is, usually, in reference to the Bush tax cuts that somehow failed to stop the recession in 2008. Third, Romney is giving tax cuts to the rich at the expense of everyone else – they increase income inequality and prevent the government from funding necessary social programs that aid every day citizens.

Mitt Romney’s tax policy, in short, will make the rich richer, the poor poorer, the debt bigger and send the economy back into recession.

The critique that tax cuts hurt economic growth or cause recessions is simply false.  Even the most liberal economists argue only that tax decreases on the wealthy have no effect and that the economic loss is in the absence of government spending that money to stimulate growth. No one honestly believes lower taxes, ipso facto, leads to economic downturn – it is a political allusion of Democratic politicians meant to associate tax cuts with recessions.

The arguments relating to decreased revenues and greater inequality are much more defensible. On their face, lower taxes mean less revenue and lower taxes for the rich mean more inequality. But even if Mitt Romney’s tax system disproportionately benefits the wealthy as some have proposed, the apparent truisms that revenue will decrease and inequality will increase are not necessarily true after all.

In 2001, Russia enacted a dramatic tax reform plan. It was far more radical than Mitt Romney’s proposal – it threw out Russia’s entire progressive income tax system and replaced it with a 13 percent flat tax and no deductions. The next year, Russian government revenues increased by 26 percent and by nearly  one-fifth as a percentage of GDP. In the period following the tax reform (up until the global recessionin 2008), Russia had average GDP growth of 6.43 percent (The US growth rate over the same period was 2.77 percent). Since the tax reform, income inequality in Russia has actually decreased.

To be sure, Russia is not America and Mitt Romney’s tax policies are not the same as the 2001 flat tax. But the principles that made the Russian tax plan successful are similar to the principle that Mitt Romney’s plan embodies – simplicity, clarity, and certainty.

The prevailing theory behind the success of the Russian tax system is that it managed to increase revenues despite lowering rates because voluntary compliance increased. That is, under the complicated, more expensive system people did not bother to pay their taxes, but under the new, simple system tax evasion monumentally decreased. Because of stricter enforcement in the US, a simpler plan would not see the similar decrease in outright tax evasion (although there would assuredly be some – the shadow economy within the U.S. is estimated to be roughly $1 trillion).

What you would see, however, is a significant decrease in the ‘legal’ tax evasion that America has developed in the form of thousands of deductions and expenditures. Currently, it is the job of fleets of accountants and lawyers to help tax payers find and exploit every feasible tax loophole. Not only would the elimination of deductions directly offset the revenue losses from decreased rates, it would lower the incentive to seek out loopholes all together. If you are a current billionaire, and you can pay an tax attorney $400/hour to save potentially millions, you don’t think twice. But if your deductions opportunities are limited, or capped at say $50,000, you just pay your rate and save money on the lawyer. In this scenario, the tax plan actually increased the taxes received by the feds, but decreased the amount paid by the rich – a benefit for everyone (except for the attorney).

The reasoning behind a possible decrease in income inequality is even easier to see. Deductions disproportionately benefit the wealthy, simplification disproportionately benefits the middle class (who are currently forced to spend more time filing taxes) and lowering rates benefits everyone. One must, furthermore, wonder about why income disparity is a viable measure of effective policy, at all. If this policy increases revenue, then there is no argument for it hurting government programs and those citizens who benefit from them. And if the reform benefits the middle class, then should it matter if it benefits the wealthy more? Liberals would argue that it does matter, but anyone with the smaller tax bill would probably disagree.

This reasoning does not prove that Romney’s plan will have nothing but beneficial effects, just as one cannot draw a straight line between the Russian tax policy and those strong economic numbers. Fiscal policy, and its effect on the economy, is abstruse. But in light of this reasoning and the historical evidence, it makes one wonder how Democrats can predict such dire and negative consequences.