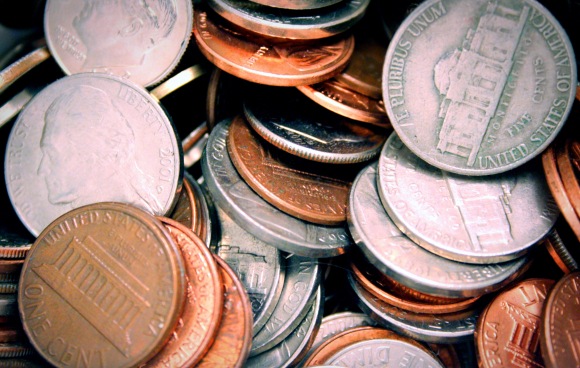 These days it is impossible to go anywhere without hearing about the current budget crisis and the need to cut spending. An often-overlooked solution to cut spending is to simply stop producing so much money, namely, small value coins.

In February of last year it cost 2.4¢ to produce a single penny; it costs twice as much to produce a penny than it is worth. But it is not just the penny that is costing us so much. In the same month it cost 11.2¢ to produce a single nickel. This change of price has come from the inflation of the cost of zinc and copper, the top two metals used in minting pennies. It has fluctuated up to and beyond 400 percent, the nickel by 500 percent. One of the propositions for the 2013 budget is to allow cheaper metals to be used in order to close the gap between cost and value. While this would be a big step in reducing the problem, it would not eliminate it. If the minting of pennies and nickels was to be eliminated, the government would still be able to meet circulation demand. On December 13, 2011, The Federal Reserve vaults reported inventories of 1.4 billion surplus dollar coins. That is enough to meet demand for an entire decade.

In the middle of last year, Canada announced that it would be eliminating its penny with a projected savings of $11 million a year. While savings like that would not fix nations debt problems overnight, it would certainly be a good start. In fact, Wake Forest University economics professor Robert M. Whaples estimates that the United States loses about $900 million on penny production per year.

There is also a fear that by implementing a rounding method for all cash transactions (rounding to the nearest nickel) would cause Americans to lose money, especially the poor who use cash more regularly. Whaples studied about 200,000 transactions that occurred at 20 different locations (all gas stations and convince stores) in Alabama, Georgia, North Carolina, Pennsylvania, South Carolina, Tennessee and Virginia. According to Whaples, “Customers wouldn’t lose from rounding our current prices, these data say … Customers gain just a miniscule amount, about 1 cent for every 40 transactions, which really amounts to zero. The convenience stores and the customers basically broke even.” Also, eliminating the penny would make it easier to produce more particle coins, like the $1 coin. If the nation were to replace the $1 bill and switch to the $1 coin Whaples estimates the nation would save on average $500 million a year.

In the end, a lot of the reluctance to get rid of the penny is due simply to emotional attachment. While the penny is an icon of the United States, it is time to move on for the sake of the future. This is a country founded on the principles of ingenuity and progress, and a change like this is an inventive way to relieve some financial stress and to champion positive growth—and what could be more American than that?