Editor’s Note: This article appears as the first of a three-part series dealing with the recent legal battle between Apple and the F.B.I. over a court order requiring Apple to break into the phone of one of the San Bernardino Shooters. Alessandra establishes the background and calls on the government to create a commission to address this and future issues.

On December 2, 2015, Syed Rizwan Farook and Tashfeen Malik shot and killed 14 civilians at the Inland Regional Center in San Bernardino, California. This case is being actively investigated as an act of terrorism due to the couple’s ties to 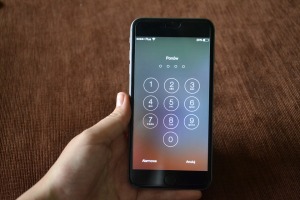 Radical Islam. However, the investigation process into the motives for the shooting was strained, as the couple was later killed in a shootout approximately 3.5 miles away from the Inland Regional Center. The F.B.I. has since turned to Apple to “unlock” an iPhone used by one of the two hackers to obtain any information possible related to the shooting; information the F.B.I. deems essential to “unlocking” this case. Apple initially refused to unlock the phone for privacy reasons, but was later ordered by the U.S. District Court of Central California to comply with the demands of the FBI. However, Apple has refused to comply and vowed to appeal the ruling within a week.

Apple’s CEO Tim Cook released an open letter to consumers on February 16, 2016 about the issue. In the letter, Cook argues that the government’s request to remove security features to allow the FBI to more easily unlock an iPhone by “brute force” would create a “demand [that] would undermine the very freedoms and liberty our government is meant to protect.” Cook continues, stating that this is something “no reasonable person would find acceptable.” He explains that strong data encryption is essential to personal safety, as personal information is frequently stored on phones. This information could be anything from healthcare documents to bank account routing numbers. The debate of whether the government’s access to this information is worth the risk to our personal safety ensues.

Five months prior to the shooting, FBI director, James Comey testified in a joint statement with Deputy Attorney General Sally Quillian Yates before the Senate Judiciary Committee in Washington, D.C., on the topic of “Going Dark: Encryption, Technology, and the Balances Between Public Safety and Privacy.” In his testimony, Comey argues “the benefits of our increasingly digital lives have been accompanied by new dangers, and we have been forced to consider how criminals and terrorists might use advances in technology to their advantage.” This has become extremely problematic in his opinion as he believes “when changes in technology hinder law enforcement’s ability to exercise investigative tools and follow critical leads, we may not be able to identify and stop terrorists who are using social media to recruit, plan, and execute an attack in our country,” thus, jeopardizing both the physical safety and privacy of individuals. 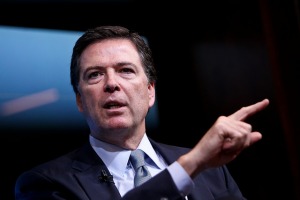 Data encryption further caught the attention of policy makers when it was revealed that Paris attackers used hard-to-monitor, encrypted applications to coordinate their acts of terrorism. In an article from “The Washington Post,” Chairman of the House Homeland Security Committee Michael McCaul and a Democratic senator from Virginia, Mark Warner, argue that the current tactics of using encrypted data and communication present an extraordinary security challenge for the US and its allies. This is because as extremists are using the highly encrypted features of the Internet, law enforcement officials fear that they are “going blind” in their efforts to track them. This idea is now being referred to as “going dark.” McCaul and Warner ultimately suggest the creation of a national commission on security and technology challenges in the digital age. The commission would be responsible for accumulating much-needed data and creating a range of actionable policy recommendations that could protect both privacy and public safety. The creation of such a commission is crucial because traffickers and child predators are using similar data encryption. To help support the efforts to protect privacy and personal safety, a commission is the logical solution.