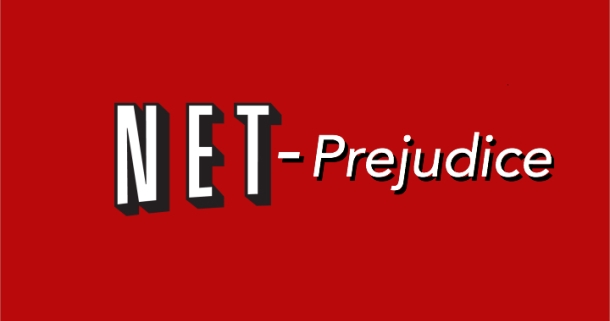 Netflix has recently come forward to admit, after a protracted, finger-pointing match with Verizon and AT&T, they have in fact been throttling the speeds of these networks in order to protect customers from overage charges. Leading up to this confession, the Federal Communications Commission has been increasingly partial to controlling certain aspects of the Internet, such as rate regulation of Internet Service Providers (ISPs). Unfortunately, the FCC has failed to realize that an open Internet would be one that doesn’t include regulations that benefit certain companies at the expense of others.

Netflix has been an ardent supporter of strong net neutrality, a policy meant to “keep the internet open.” Unfortunately, as consumers have grown fond of on-demand movies, Netflix has quickly won the benefit of the doubt in the eyes of consumers and open Internet advocates. While advocating the regulation of ISPs (such as AT&T, Verizon, and CenturyLink), Netflix has throttled the speeds of certain ISPs in an ironic turn of events. In a keynote address at the American Action Forum, FCC Commissioner Mike O’Reilly criticized Netflix’s lack of transparency in throttling the speeds of consumers using certain ISP’s.

Netflix does not engage in these same practices for T-Mobile, where it is a member of the ISP’s Binge On service. This allows users to watch videos from select content providers without counting towards their monthly data cap. Counter to what Netflix wants you to think, Verizon (if grandfathered in) and AT&T users may also have unlimited data plans, and throttling these speeds would be the equivalent of stealing, considering they are not allowing these consumers to access the full value of the product they have subscribed to.

While this move is legal under the FCC’s 2015 Open Internet Order that only regulates ISPs in regards to blocking or throttling download speeds, Netflix’s actions do run counter to the Broadband Internet Technical Advisory Group guidelines it has signed off on. By these standards, Netflix has reneged on its promises to maintain transparency in its business practices. It is certainly curious that they failed to disclose this information while allowing full streaming to continue on T-Mobile devices it has an interest in.

The conflict of interest is quite obvious: Netflix is one of the largest data consuming companies on the Internet. In the U.S. alone, Netflix accounted for 34.9% of downstream traffic at peak times. But aside from the lobbying efforts and calls to action of its many users to prevent ISP’s from requiring the Hummer of all data guzzling companies to pay it’s share, Netflix is now engaging in those very practices. At it’s core, the Internet has evolved into a marketplace between all kinds of entities including ISPs and edge providers, yet the FCC feels it is necessary to assume that ISPs hold all the cards.

Netflix hasn’t done anything illegal, technically, so why the big fuss? The precedent that Netflix has set by picking ISPs to send better quality videos through is a first, which has permanently altered how we understand the nature of the Internet. It is wrong to assume that all the power over the Internet resides in the hands of ISP’s. And because the FCC only claims jurisdiction over ISPs, their prerogative to exercise power has created a regulation differential between content providers and service providers.

Asymmetric regulations created the same issue when the Telecommunications Act of 1996 first picked winners and losers between telephone companies and cable companies. The findings of the FCC, DOJ, and FTC noted that all mass-market broadband services were in the same product market, making DSL and Cable service interchangeable. However, DSL and telephone services were subject to regulation, while the cable industry was unregulated, a curious provision considering DSL was at a disadvantage when providing broadband Internet access in terms of technology and costs. Republican FCC Commissioner Ajit Pai noted that the FCC’s move gives it “the power to micromanage virtually every aspect of how the Internet works.” If the government is allowed to regulate rates, it has the power to set them, paving the way for micromanaging even more aspects of the Internet.

Now, asymmetric regulations threaten to once again alter an open and competitive market environment. When ISP’s are restricted while edge providers are not, it shifts the balance of power to companies like Netflix, eager to expand their power across the Internet. The FCC is meddling with the way ISP’s do business, and this will curb investment and change the way the internet develops. Only time will tell if these regulations really benefit consumers.