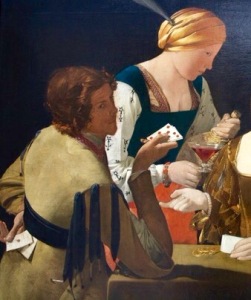 On June 15, the House Budget Committee gathered to discuss the need for fiscal goals to “drive discipline and accountability”, in the words of Chairman Tom Price. The hearing comes at a time of a skyrocketing Public Debt of $19 trillion, a sluggish economic recovery and another recession looming around the corner. The U.S. has sustained a budget deficit annually since 1969, except for four years. Both sides of the political spectrum are concerned about the long-term implications of growing deficits and unsustainable debt.

The most important point that will determine the path the debt level will take is the perspective policymakers adopt. As put by Chairman Price, legislators need to train their “eyes on the long-term challenges and consequences of policymaking”. The main obstacle to implementing a long-term agenda is purely political: shortsightedness fueled by political polarization and irresponsible promises by elected officials to win political favor. These promises are financed by greater debt, even as politicians’ posture about fiscal responsibility may come in conflict with decreasing the debt.

As an attempt to coax our legislators into adopting long-term debt goals, the Budget Committee suggested implementing bipartisan fiscal goals. Committee witnesses Douglas J. Holtz-Eakin (American Action Forum), Maya C. MacGuineas (Committee for a Responsible Federal Budget), and Harry Stein (Center for American Progress) laid out reasons to justify a reform of the Budget Act to include a fiscal goal. While setting a fiscal goal might appear to bring a semblance of order in the gargantuan task of reducing the public debt, it should not be confused with the very needed substantive reforms required to achieve it. Setting a fiscal goal is only a matter of reforming the budget process, not the budget, and not the federal laws that ultimately determine the nation’s fiscal outlook.

It is high time to consider deeper reforms as well as broaden the debate to include the structural and macroeconomic changes of American society, in particular an aging population that is not sustained by the current level of economic growth. Long-term health costs, pensions and other social security expenses will take up an increasingly large part of the federal budget. Balancing the budget is a first step. A deficit in itself is not necessarily a problem and can actually reflect sound fiscal policy under certain circumstance. But taken in the current context of an alarmingly growing debt, the budget deficits are increasingly devoted to repaying our creditors, instead of supporting the economy. This debt crowds out the investment that is needed to create jobs and restore economic growth. Reducing the federal debt has been a widely shared concern for years now, and ideas to reduce it are abundant. What is lacking is political will.