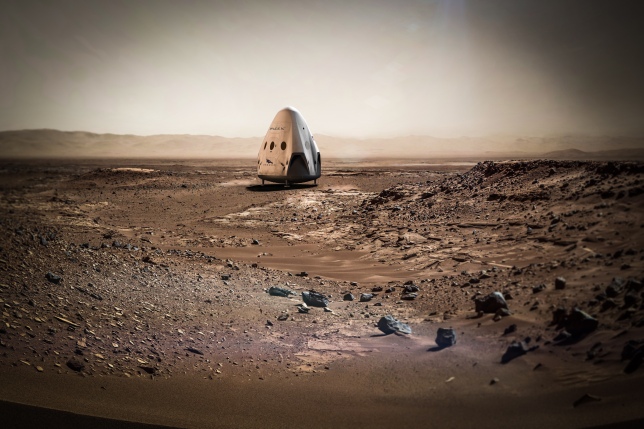 In an interview at this year’s Code Conference, Elon Musk made bold claims about the future of human space exploration and colonization.  He set an aggressive schedule for Mars colonization, saying humans will arrive on Mars in 2025.  The tech billionaire is clearly thinking far further into the future than that though, as demonstrated by his confident declaration that direct democracy would be the best form of government for a Mars colony.  Although Musk deserves recognition for his work in developing and implementing innovative technology, his confidence on this issue is unjustified given that direct democracy has not been successfully implemented on a scale comparable to that which Musk envisions for a Martian colony.

Despite an inability to observe direct democracy at scale in the real world, real organizations demonstrate many of its shortcomings by proxy.  One such shortcoming is that forming and managing coalitions is difficult without some form of managerial hierarchy.  Coalitions are critical to organizing disparate political sentiments into a unified position that can effectively influence the legislative process.  Without well-managed coalitions direct democracy would be inefficient at best and chaotic at worst.

The Black Lives Matter (BLM) movement is a prominent example of the importance of unified political organizations in the democratic process.  Since its formation in 2013, BLM has explicitly avoided establishing a formal organizational structure to spread a unified message.  This is due in part to BLM’s origins as a hashtag on Twitter: it is difficult to regulate what speech is attached to the movement when anyone can use the hashtag.  This choice results in widely different and often directly contradictory positions being promoted as being part of the same movement.  It is also often unclear which Facebook pages, meetups, and blogs are official and which ones are not.  Even BLM’s official structure, which consists of 26 regional chapters, is minimalist and loosely defined.  Each chapter is basically independent and does little to control who uses their branding.  The result is 22 percent of likely voters are unsure if BLM backs reforms for fairer law enforcement.  By choosing not to funnel its message through a select few number of representatives, the group has failed to clearly communicate a set of unified policy positions to a mass audience.

This problem also extends to the private sector.  Valve, a computer software and hardware company, employs a flat management structure that allows employees to move between teams at will and does not have bosses.  Former Valve employees have said that as the company grew a “hidden layer of powerful management structure” formed that allowed certain employees to leverage disproportionate amounts of power to influence decisions.  Essentially, smaller sets of employees with greater power would make decisions among themselves and others would follow the “executives’” leads.  This is more than a power grab by a select few, it is a reaction to the inefficiencies introduced by a direct democracy model as the number of participants grows.  Primatologists and psychologists have suggested there is a limit to the number of people with whom an individual can maintain stable social relationships.  Most estimate this to be between 100 and 250 people.  Even those that disagree with this range estimate it to be in the low to mid hundreds.  This suggests that it is unlikely anyone could maintain the number relationships necessary to function with no organizational hierarchy in groups of thousands or millions of people.  At some point ideas must be funneled through smaller and smaller groups of people until there is the possibility for effective and productive communication and decision making.  It should serve as no surprise that despite a $2.5 billion valuation in 2012, Valve employs only 300 people.

This is not to say that we should blindly replicate the U.S. model of government on Mars.  Settling a new planet offers a unique opportunity to reevaluate our species’ history and revise our understanding of what government should do and how it should be organized.  However, we should be skeptical of Elon Musk’s confidence in direct democracy.  If terrestrial organizations are anything to go by, direct democracy poses challenges to coalition forming and effective decision making at scale.