“When Mexico sends its people, they’re not sending their best…They’re bringing drugs. They’re bringing crime. They’re rapists,” Donald Trump stated in his campaign announcement on June 16, 2015. This, in his opinion, is why immigration reform needs to be made quickly. 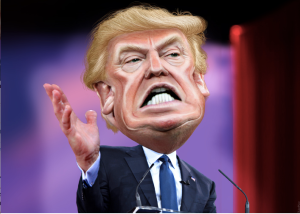 In his most popular platform on immigration reform, Trump calls for the creation of a wall that would run across the Southern border of the United States. Trump’s plan is similar to the Secure Fence Act of 2006 under President George W. Bush that authorized the construction of hundreds of miles of additional fencing along our Southern border and implemented greater technology to help the Department of Homeland Security reinforce current infrastructure at the border. But, where do these two plans differ? The money and who’s to blame.

While President Bush took on the responsibility as part of his Homeland Security campaign in his attempt to ensure the safety of Americans, Donald Trump is focusing on placing the responsibility on the Mexican government. Trump repeatedly blames the Mexican government for the influx of migrants, repeatedly referring back to 2005 when the Mexican government distributed pamphlets that instructed migrants how to safely enter the United States illegally and live there without being detected (Note: this is before the Secure Fence Act of 2006 was implemented). Thus, Trump proclaims that if elected, he will make the Mexican government pay. He repeatedly cites the $4.2 billion figure that represents the cost of free tax credits paid to undocumented immigrants in 2011, but that figure is not as “huuuge” as he makes it seem. According to PolitiFact.com, the $4.2 billion figure refers to the amount given in tax credit refunds for children; the large majority of the children of undocumented immigrants are U.S. citizens. PolitiFact also emphasizes that undocumented immigrants pay an estimated $12 billion in payroll taxes to Social Security, from which they don’t receive benefits. Therefore, the people Trump is adamant about keeping out may not be causing as much harm as he claims. 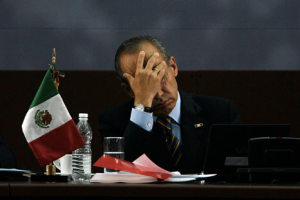 Trump announced in his plan that Mexico will be held fiscally responsible to build the wall, with the most recent projected cost having a $10 billion price tag. This wall will be built over four years, and the projected figure does not include labor and construction costs. Trump has repeatedly reassured his supporters that the burdensome cost will not be inflicted on them; rather, the cost will be inflicted on the Mexican government. However, former Mexican President Felipe Calderon told CNBC, “Mexican people, we are not going to pay any single cent for such a stupid wall! And it’s going to be completely useless. The first loser of such a policy would be the United States…If this guy pretends that closing the borders to anywhere either for trade (or) for people is going to provide prosperity to the United States, he is completely crazy.” He also added that the billionaire is a “Not very well-informed man.”

Trump argues that nonetheless, the wall will be built. He plans on impounding all remittance payments derived from illegal wages. This plan comes from the high reliance of Mexican citizens on such remittances, as approximately $22 billion was sent into the country in 2012 alone, which equates to approximately 2.5 percent of Mexico’s GDP. Studies have suggested that the funds sent as remittances are mostly spent on housing, food, clothing and durable consumer goods in the rural parts of Mexico, and about 20 percent of the population rely on remittances. Therefore, if Trump’s ideal foreign policy succeeds, he would be cutting off aid to many of the region’s poorest individuals. And like Calderon suggested, this will only hinder the prosperity of the United States further. That is why we need a more progressive plan. A plan that does not stop all migration of immigrants but rather strengthens the current system and celebrates those who receive the necessary documentation in a manner this country has in the past. Building a wall to Mexico will not stop the migration of individuals and will only damage the functioning parts of the U.S. migration system.