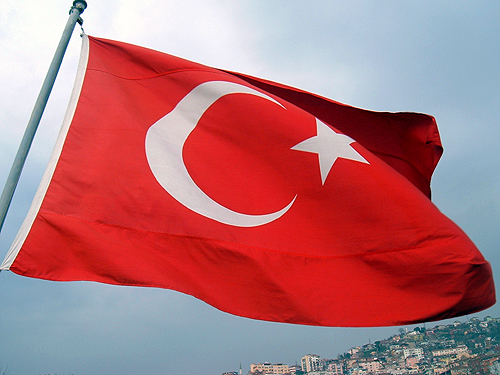 Since the start of the Syria Conflict, US policies have been inconsistent and at times self-defeating. In the fight against ISIL and the Assad regime, the US is supporting actors who themselves continue to fight each other in long-standing conflicts. This includes US ally and NATO member Turkey and the Kurdish groups favored by the Pentagon for their effectiveness. While Turkey and Turkey-backed rebels often war with Kurdish groups instead of their common enemies, the Obama Administration fails to acknowledge its contradictory policies and refuses to draw up a comprehensive solution to unite rebel forces and Turkey against ISIL and the Assad regime.

The US holds the golden key to forcing Turkey and the Kurds to stop fighting one another and instead focus on ISIL and Assad: Fethullah Gülen, a green card holder in Pennsylvania in self-imposed exile.

Gülen and His Radical Movement

Gülen is a Turkish preacher who has spent a lifetime developing an ideological and religious movement built around himself. While he masquerades as a peaceful philanthropist and unifier of religions, Gülen has skillfully built up a massive radical movement labeled as Fethullahist Terror Organization (FETO) by the Turkish government. Gülenists are centered in Turkey, but their reach is around the globe, including in the US. Gülen has built a network of over 2,000 schools to indoctrinate children, who maintain their allegiance as adults.

At an event sponsored by the Turkish Heritage Organization in Washington, DC, on September 28, 2016, two formerly imprisoned generals and an internationally award-winning journalist shed light on this decades-long coup in the making. Gülenists have worked for decades to move their members up the ranks of government and the military in Turkey, instigating fake conspiracy and corruption claims in order to systematically oust officers and officials who are not part of their cause. Journalists who try to investigate the radical movement are threatened, imprisoned, or assassinated.

Why should these sources be trusted? Former US Ambassador and current President of the American-Turkish Council James Holmes verified the sources as credible and hailed them as heroes for their work in shedding light on the threat of Gülen.

The thwarted coup attempt in Turkey on July 15-16, 2016, was allegedly overseen by Gülen himself. Top generals in the coup visited Gülen in the US to receive his blessing shortly before they launched their coup. About 250 people, mostly civilians, were killed and 2,000 were wounded. All four major political parties united with President Erdogan to successfully halt the overthrow.

The government detained thousands of military and civil service members, over 1,000 schools and 1,000 charities were shut down, and over 40,000 people dismissed from their government posts. The Western media has only looked at this response superficially and criticized the raw numbers. But in reality, there are still thousands more Gülenists who remain in the civil service, military, and schools across Turkey.

Erdogan’s response remains a problem not because of the sheer size of dismissals and arrests but because he is skirting around the rule of law on the grounds of the severity of the conflict. If Turkey wants to be serious in truly ridding itself of these radicals while upholding democratic institutions, it must follow the rule of law, however slow a process. Gülen’s empire of fear in Turkey cannot be eradicated by ruthless retribution of an authoritarian Erdogan.

Erdogan has demanded the extradition of Gülen to Turkey. The US should comply but only under conditionality, leveraging this highly valued leader. First, Turkey’s government should have to admit its complicacy in letting the Gülen movement deeply infiltrate its civil society and military so it can truly begin the process of reform. Second, Turkey should give the US government a clear understanding of what occurred during the coup attempt. Third, Turkey needs to provide the material evidence necessary for extradition.

Erdogan is unpredictable and certainly not the most reliable US ally. Gülen provides the one chance the US has to force Erdogan into line to implement real institutional reforms rather than ad hoc purges that simultaneously consolidate his power and weaken the democracy of a NATO member.

Using the Golden Key to Solve the Turkey-Kurd Problem

Beyond institutional reform in Turkey, the US should also attach key conditionals concerning the war in Syria. The US should make Turkey pledge not to attack Kurdish forces in Syria for the remainder of the conflict while also promising to ensure that its own backed rebels will also comply. In return, the US should pressure the Kurds to continue its commitment to a ceasefire with Turkish forces. The prospect of extraditing Gülen significantly raises the incentive to ensure a lasting truce.

The US should also hold talks between Turkey, the Kurdish Workers’ Party (PKK) and other Kurdish groups to prepare plans for a post-conflict Syria. PKK members should be allowed to leave Turkey and enter an autonomous Kurdish region in northern Syria in exchange for Turkey’s pledge and fulfillment to protect the rights of ethnic Kurds in Turkey. A similar deal was previously tried with the autonomous region in Iraq, but Baghdad opposed the flow of armed PKK members across its borders. Perhaps discussion can be on the table of establishing a Kurdistan out of parts of northern Syria or even parts of ethnic Kurd Turkey bordering Syria — though that is a far-fetched scenario.  No matter the final deal, long-term negotiations are crucial to ensuring that Turkey and Kurdish groups will not break out fighting after Gülen is extradited by the US.

The US should also ensure that an ample amount of time passes with tangible actions to demonstrate Turkey’s commitment before extraditing Gülen.

President Obama’s policies toward the Syria conflict have largely been indecisive at best and contradictory and self-defeating at worst. The US should seize the opportunity to extradite Gülen to help tangibly solve its Syria conundrum, with the added bonus of incentivizing institutional reforms in Turkey, leading to a more stabilized country and region.