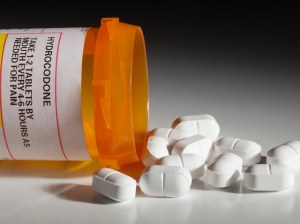 Healthcare was a major topic of discussion among politicians this past midterm election. Every election cycle it seems that more citizens are calling for government to intervene in the industry. On the left, we see a rise in popularity of single-payer healthcare or programs such as the Affordable Healthcare Act. Such programs may seem great on the surface, but it is important to understand the repercussions of implementing such a system.

The higher drug prices that Americans pay are, at least in part, due to foreign nations’ policies that negotiate drug prices. In addition, U.S. firms often accept a low reimbursement rate for their new drugs rather than face a compulsory license. Canada continues to propose and implement pricing and reimbursement policies that do no value innovation, leaving the U.S. to shoulder a disproportionate burden of global R&D. Americans are bearing the cost of other countries taking advantage of our hegemonic position in the medical world. According to the Brookings Institute, increasing European prices by 20% would result in substantially more drug discovery worldwide, assuming the marginal impact of additional investments is constant. This increase would lead to a $10 trillion increase in welfare for American citizens over the next fifty years. Michael Rawlins, chair of the UK’s Medicine and Healthcare Products and Regulatory Agency recognizes the cost of developing new drugs saying, “you are talking about a lot of money. And thank you very much to the United States” for shouldering that burden.