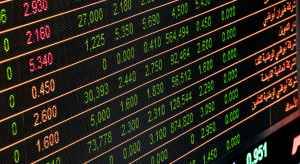 As a result of the current regulatory climate in the United States, Financial Technology (FinTech) companies are often confused as to which laws, agencies and regulations apply to them due to the infancy of the industry. A select few countries around the world have adopted what is known as a “regulatory sandbox” to adapt to the rise of this phenomenon. The United Kingdom introduced this concept in 2015 with an initiative titled, “Project Innovate” by its Financial Conduct Authority (FCA). Chris Woolard, Strategy and Competition Director at the FCA, wanted to create “a safe space they (FinTech Companies) can work in.” But what exactly is a regulatory sandbox and how does it work?

A regulatory sandbox is “a framework set up by a financial sector regulator to allow small-scale, live testing of innovations by private firms in a controlled environment (operating under a special exemption, allowance or other limited, time-bound exception) under the regulator’s supervision[i].” This idea is an attempt to address the friction between a regulator’s desires to promote innovation and the emphasis on regulation after the financial crisis of 2007-2008. Moreover, it calls for an open and active dialogue between the innovator and the regulator. This type of regulation is supposed to enable innovations that benefit excluded and underserved customers.

Each country or areas of that country that choose to implement a regulatory sandbox must set its own guidelines. The eligibility of a company to enter the sandbox varies depending upon the country or place in which it is set up. Some countries allow only incumbents, while others only startups, and sometimes maybe both.

Once the trial run is accepted by the sandbox that a FinTech company chooses to enter, certain criteria are bestowed upon them to make sure the operations run smoothly. They are “subject to restrictions, such as a maximum number of customers served, and they may be required to put in place safeguards that reflect the risks and benefits of the proposed innovation, including strengthened disclosure and a compensation fund, to limit the potential impact of test failure on market participants[ii].” During the first cohort of the U.K.’s implementation of the Regulatory Sandbox, 24 out of 28 FinTech companies made it through to the market.

In conclusion, the open dialogue between the regulator and innovator has allowed for ideas in FinTech to flourish. However, there are certain drawbacks to using a regulatory sandbox such that some investors may not choose to invest in a company that is currently on a trial run. In addition, although there is an effort to limit liabilities, the sandbox could be insufficient at doing so. In the end, Aaron Klein of the Brookings Institute suggests that a metaphor for the sandbox is a greenhouse: “A greenhouse is a thing in which small plants are put into full shine and transparency and allowed a unique environment that’s different from an outdoor environment. By definition, it’s more protected and hospitable, and in time, it allows for the plants to grow and flourish. Some of the companies in your greenhouse might fail, just like some plants in your garden die; others will grow and flourish, but their full transparency, with some protection[iii].”