It is a rare occurrence that republican House members agree with the President on a particular issue. But it occurred earlier this week during the Subcommittee on Higher Education and Workforce (Putting America Back to Work: Reforming the Nation’s Workforce Investment System), chaired by Rep. Virginia Foxx (R-NC).  Rep. Foxx agreed with a statement made by the President during his 2012 State of the Union address, where he urged Congress to look into reducing the maze of confusing training programs affecting ordinary Americans looking for the right work-training program. His vision was to be able to send Americans looking for work to one program, one website, and one location in order to effectively give these work seekers all the information and help that would require. 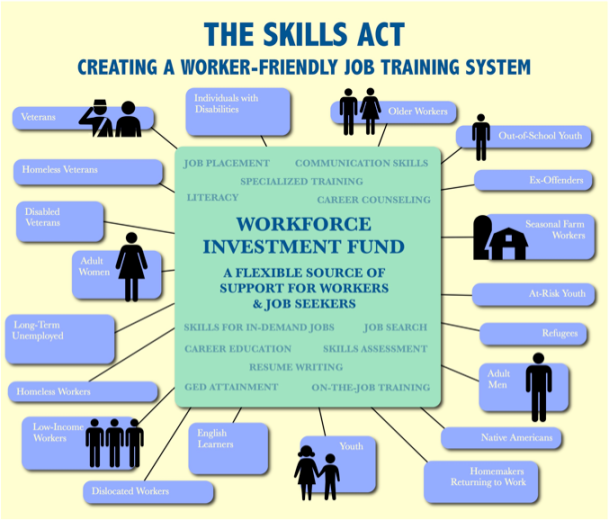 This would make it easier for average Americans to get the education necessary to apply for available skilled jobs openings across America. According to a recent report by the Bureau of Labor Statistics, there are currently 3.6 million job openings in America. The problem these employers are facing is the current lack of skilled workers in America. As a result, the SKILLS Act strengthens the role of employers in workforce development decisions by requiring two-thirds of workforce board members to be employers. Thereby, helping to train future workers in skills that are in high demand throughout the country.

One supporter of the SKILLS Act is Mr. Chris Hart, President and CEO of Workforce Florida Inc., Florida’s Workforce Investment Board. In his testimony before the subcommittee, he acknowledged that the Act equips states to better attract, retain and create jobs by serving three primary customers: businesses, workers and job seekers. Furthermore, Mr. Hart supports the SKILLS Act because it will help strengthen the link between employment and training, and grant states, like his, a greater amount of work training program flexibility. The Act also allows local workforce investment boards (created under WIA) the ability to create effective and targeted work training programs to meet the current needs of the different population groups throughout the state.

In addition to satisfying the goals outlined by the president, the SKILLS Act is the latest congressional attempt to reauthorize the Workforce Investment Act (WIA), last authorized in 1998.  As the years progressed, more and more federal agencies and job training programs were created leading to understandable overlap among the programs.  This prompted the president in the 2012 SOTU address to refer to the modern workforce development system as a “confusing maze” for Americans looking to acquire new skills. 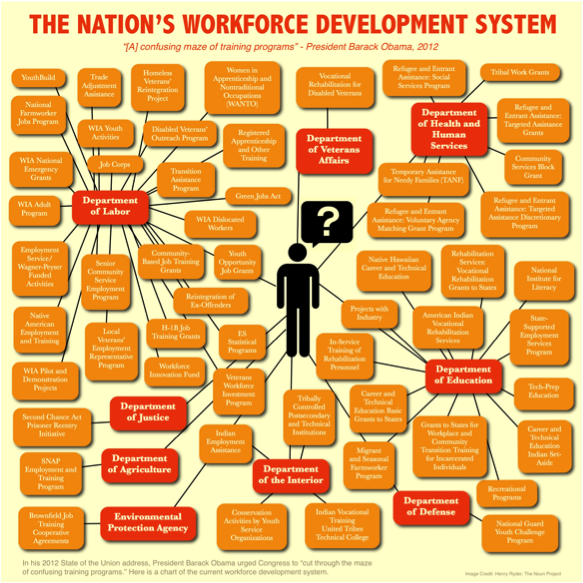 A 2011 report by the Government Accountability Office discovered why the national workforce development system turned into such a complicated system. The report found that in the fiscal year 2009, nine federal agencies spent approximately $18 billion to administer 47 programs. Furthermore, all but three of the 47 programs surveyed overlapped with at least one other program, in that they provide at least one similar service to a similar population. Lastly, seven programs accounted for about three-fourths (13.5 billion) of the total $18 billion spent on employment and training services. 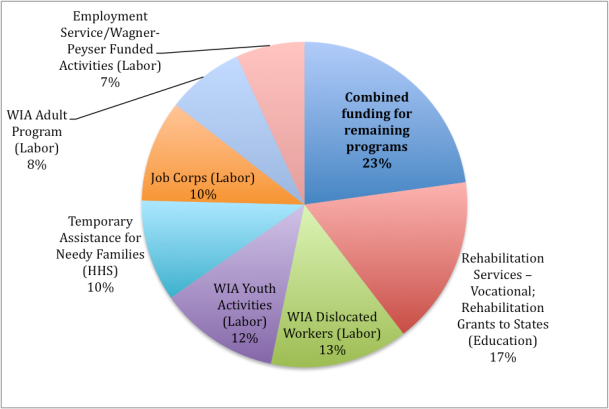 The SKILLS Act is a step in the right direction. It effectively meets the needs of employers and those who are looking for work by providing relevant training programs across the country. As a result, it will provide desperately needed skilled workers, which will help employers fill the millions of available jobs, allowing them to continue their operations within the United States. Through targeted training programs, the SKILLS Act is a strong candidate to satisfy the hope of both Congress and the president in removing the wasteful overlap currently found in America’s workforce development program.