The Kaiser Family Foundation maintains an on-going tracking poll that surveys the opinions of approximately 1,203 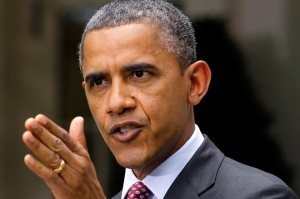 adults on the Affordable Care Act (ACA). The polls started in May of 2010 with only 41% of the surveyed population in favor of the ACA. 14% were unsure of the law or simply refused to answer.

The latest poll from April 2013 shows us that there was a 6% drop in the popularity of the ACA.

Shockingly, only 6 in 10 Americans know that the ACA has passed and is here to stay. As House Speaker John Boehner puts it eloquently, “…Obamacare is the law of the land….”

If only 6 in 10 Americans know about the ACA, then 40% of Americans are unsure or unaware of the law. Kaiser’s health tracking poll shows that 7% of the population thinks that the Supreme Court actually overturned the ACA and 12% of respondents mistakenly believe that Congress has repealed it.

It is obvious that the President’s health care law is unpopular and not well known amongst the American people. The Washington Post examined a survey conducted by a Democratic polling firm, Lake Research Partners, and found that 78% of uninsured Americans qualifying for subsidies were unaware of the new health care coverage options.

How is the President and his administration tackling the issue of the law’s unpopularity?

According to The Examiner and Bloomberg, the President has ordered his Cabinet officials to promote and advocate for the ACA in a positive light, targeting, younger individuals. To be specific, the President instructed the officials to tout the ACA at college commencements. This was also one of the suggestions Dr. Ezekiel Emanuel, a senior fellow at the Center for American Progress, outlined in the Wall Street Journal earlier this week.

It is clear that government officials and even insurance companies are starting to fret about not enrolling enough young and healthy Americans in insurance exchanges.

Well, if not enough younger and healthier Americans join in the exchanges by the time the law is implemented – 2014 – there will be a disproportionate number of older and sicker Americans in the exchanges. As a consequence, premiums and health care costs will increase and young people will be even less likely to enroll.

As Dr. Emanuel points out, insurance companies are already aware of the possibilities that younger people will opt out and pay a penalty instead of joining the health exchanges. In order to protect themselves, the insurance companies have started to raise their insurance premiums. This method only further deters younger people from entering the health exchanges. The American Action Forum found in a survey that premiums would increase by an average of 169%.

There are several uncertainties about the ACA. Gambling on young and healthy Americans entering the health exchanges is too risky. It is important that the President and his administration promote the options and better advocate before the ACA is fully implemented.

As problems continue to escalate due to the ACA, the House Majority Leader Eric Cantor (R-Va.) announced just last week that the House is scheduled to vote on a full repeal of the ACA.

May 8th 2013: @GOPLeader It just keeps getting worse. I am scheduling a vote for next week on the full repeal of #Obamacare.

We will have to wait and see what this means and how it will play out. The enrollment phase of the ACA is projected to begin in October 2013 until March 2014. All we can do as young Americans is to be well informed and educated of the health care law and clue in others. It is part of your civic duty.