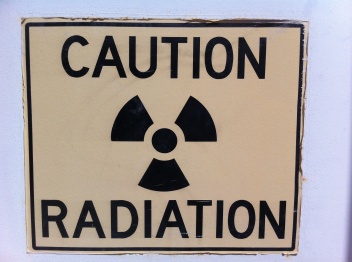 Experts across the political spectrum have questioned how much society should be willing to pay for new and expensive treatments, especially if another treatment exists with a proven track record. Although it often escapes policymakers, the heart of this debate should be medical efficacy. For both the new treatment and the old, do they work? How well? And even if patients live longer, do they live with more complications? These questions are crucial to an informed debate.

Such is the case for a relatively new treatment for prostate cancer: Proton Beam Therapy. Instead of using photons like traditional radiation treatments, PBT (a form of external radiation therapy) uses a heavy-hitting proton beam that is supposedly more accurate. The theory is that if you hit only cancerous cells in the body, complications should be reduced.

The theory is logical, but hasn’t yet been confirmed in the research. As implied above, modern medicine should be comparative. In order to show this, it is important to identify an appropriate comparison (the “control group”). As the most common form of external radiation therapy, Intensity Modulated Radiation Therapy (IMRT) is the best comparison for PBT.

The cost to society is easy to compare: the average Medicare reimbursement for a course of PBT was a whopping $32,428. This is almost twice the cost of IMRT. Accounting for the number of new cases expected over the next five years, and using the rate of adoption for IMRT as the model for PBT, this could result in spending an additional half a billion dollars in reimbursements over the next 5 years.

But remember, at least to some degree, society is (justifiably) willing to spend additional money to achieve greater health outcomes. This naturally begs the question: is PBT really better for us?

The short answer is we don’t know yet. At the moment, the best we can do is observe retrospective studies for answers. Even still, those studies appear troubling. The report most favorable to PBT found a slight decrease in complications in the short run, but no differences after one year. Additionally, in that study, the patients getting PBT were “younger, healthier, and from more affluent areas” than IMRT (which might explain some of the difference). Worse yet, other studies have found that IMRT reduced complications relative to PBT.

Additional reports could change the math, but the small (contested) possibility of decreased toxicity is hardly worth the money. Some, maybe even most, new technology is beneficial. Proton Beam Therapy is not. Given how much money is at stake, Medicare and private payers alike should strongly reconsider covering this wasteful technology.