Editor’s Note: This article appears as the third of a three-part series dealing with the recent legal battle between Apple and the F.B.I. over a court order requiring Apple to break into the phone of one of the San Bernardino Shooters. Jesse examines the tech and privacy issues in the case.

Apple and the Federal Bureau of Investigation (FBI) are teeing off in a precedent setting case that has implications for the personal data of every American. In the aftermath of the San Bernardino shooting, explained in detail here, the FBI is trying to force Apple’s hand and make them hack into an iPhone 5c with the potential to have explicit connections to ISIS. However, in this instance, is information worth the implications for personal liberties and security?

The software that would be needed to hack into the iPhone does not (yet) exist. It would create a gateway for criminal activity and put innocent men and women at risk. If Apple were to make a program that gave the FBI access to the data contained on the iPhone it would be compromising the security of all iPhones. All it would take is one cyberattack to compromise the ownership of the proposed backdoor. The FBI is trying to justify this court order through theAll Writs Act. This is a vi 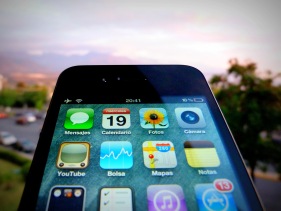 olation of both Apple’s mission to protect its consumers and the rights of those who own Apple products. Apple has gone out of its way to protect consumer information held on the devices it sells as seen in their development of features like “Find My IPhone” where the owner can remotely delete all data or the feature that wipes the device clean after 10 unsuccessful attempts at u
nlocking it.

The FBI needs stop pressuring Apple into creating a secret entrance into intentionally secure software. Many people store vital data on their smartphone. Financial information, personal records, and other types of sensitive information are contained in iPhones across the world. For obvious reasons, this needs to remain secure. By attempting to force Apple to create a backdoor, the FBI is trying to require a private company to undo security measures put in place for the protection of consumers.

The FBI is overstepping its bounds in an attempt to procure
information about criminal activity. This is a clear instance of the Federal Government overstepping its boundaries. In attempting to force a private company to jeopardize the security, The FBI is suppressing the rights of Apple to provide the best services to its consumers.

Security means nothing if it can be undone by installing software. Not only is the government overstepping its boundaries by trying to force a company to purposely risk the information of its clients, it is willing to wager the privacy of all men and women with an iPhone for the sake of some data on a single iPhone 5c.
The FBI need to stop immediately. Once this malware is created, it is permanently in existence. The federal government is willing to risk the liberties of the technology owners it was meant to protect in order to gain information. Data contained within iPhones for personal use needs to remain within them- and not be extracted by anyone except the owner, especially not the government or a hacker using Apple’s program.