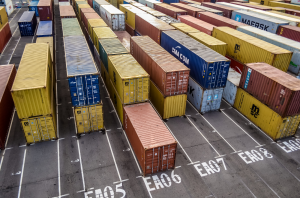 Last week, Senator Mike Lee (R-Utah) wrote an op-ed titled, “A Victory for the American People Against the Export-Import Bank.” The “victory” being Senate Banking Committee Chairman Richard Shelby (R-Alabama) blocking a vote on the nomination of J. Mark McWatters to the export credit agency’s board. By blocking the nomination from a Senate vote, Sen. Shelby prevented the board from reaching a quorum, therefore limiting the Bank’s ability to operate. Senators Lee and Shelby are among a growing number of Republicans calling for the Export-Import Bank (EXIM) to be shut down, referring to it as the poster child of “corporate welfare” and “crony capitalism.” It is true that EXIM financing acts as a subsidy to exports, interfering with an open, competitive market and exposing U.S. taxpayers to increased risks. However, given that there are more than 30 export credit agencies in the world, shutting down EXIM, or preventing it from reaching a quorum, would disadvantage U.S. businesses against global competition.

The Export-Import Bank is the official export credit agency (ECA) of the United States, tasked with supporting American jobs by facilitating the export of U.S. goods and services. EXIM fills the gap in financing when private lenders are unable or unwilling to provide financing to American businesses. It provides direct loans, loan guarantees, working capital guarantees, and export credit insurance to foreign buyers and American businesses with the goal of reducing risk and incentivizing buyers to buy American goods. It counteracts the financing provided by the ECAs of other nations and “levels the playing field” for American businesses globally.

Currently, there are three vacant seats on the five-member Board of Directors panel, one short of a quorum. The American Action Forum has written about the implications of the lack of quorum on EXIM’s functions. There must be a quorum in order for the Board to approve loans greater than $10 million. Only 6 out of almost 60 long-term loans and guarantees authorized in 2014 were less than $10 million, meaning almost 900 loans go unauthorized every 100 days. Although it would seem that this deficit is only hurting American businesses, not helping, those opposed to EXIM view a Board quorum as a bad thing.

The arguments for ending EXIM are strong. Foremost is the argument that EXIM goes against a free market by picking and choosing which businesses win and lose by providing subsidies to certain businesses. Outspoken opponents of the Bank argue that it rewards politically connected corporations at the expense of less connected small businesses. One example often used is the case of Delta Air Lines and Boeing Co. EXIM plays a major role in financing the aerospace industry, with roughly 45% of the EXIM’s exposure ($113.8 billion total exposure) being from the industry. A large portion of that financing goes to Boeing, which receives EXIM financing on 30% of their deliveries. Delta claims that their competition, airlines such as Air India and Emirates, use EXIM guarantees to cut financing costs, which allows them to cut international ticket prices and out compete Delta. Boeing, however, argues that EXIM is vital when competing against European export credit agencies supporting Airbus.

Furthermore, EXIM was subject to $113.8 billion in total exposure in fiscal year 2013, meaning the American taxpayers stand to lose $113.8 billion in the event of EXIM default. However, in fiscal year 2015, EXIM had a default rate of 0.235 percent and saw profits of $431.6 million, which it transferred to the U.S. Treasury. There indeed is value in these two claims, but with over 30 other ECAs around the world, now is not the time to end the Export-Import Bank.

In 2015, EXIM went five months without being reauthorized by Congress, meaning it was unable to finance any exports. Because of this, General Electric moved 500 jobs from the United States to Europe, with the support of the French ECA, and Boeing lost at least two contracts on satellites. These are just two examples of the way EXIM supports American jobs. Directly, it does so through financing to companies such as Boeing, and indirectly, by supporting small businesses that manufacture parts, such as those that make up Boeing’s final product. Export-Import Bank authorizations helped support approximately 109,000 American jobs in 2015 and 1.4 million over the last seven years.

There are issues with the Export-Import Bank, as many Congressmen have rightly pointed out. However, the answer is not to do away with the Bank. Rather, Congress should reform the Bank, which the American Action Forum has proposed. Given the number of ECAs around the world, and the increasing level of competition across national borders, Sen. Shelby should move forward on voting on the Board nomination and allow the Bank to reach a quorum. If the Export-Import Bank cannot operate at full capacity, then American workers will continue to pay the price.