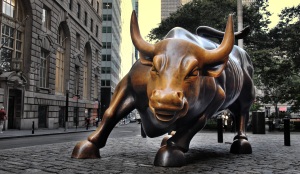 Should she win in November, Hillary Clinton’s platform on financial services will likely serve as the financial policy roadmap for the next four years. Notable within Clinton’s Wall Street plan, released last October, is a call for a financial transaction tax (FTT) on high-frequency trading (HFT). A financial transaction tax is an excise tax on trades of stocks, bonds, derivatives, and other securities, and in this case, is designed to target HFT. Clinton says HFT “has unnecessarily burdened our markets and enabled unfair and abusive trading strategies.” She is concerned over the “excessive levels of order cancellations” in HFT that she says make markets less stable and less fair. The details of order cancellations are complicated, but essentially what Clinton is concerned about are high-frequency traders manipulating market prices of stocks in markets they set up and endangering the market. Is she right though, and if so, is a FTT the solution?

High-frequency trading is trading on automated trading platforms that utilize powerful computers to perform large numbers of trade orders. HFT platforms use algorithms to analyze market conditions before automatically issuing hundreds of trades at advantageous bid-ask spreads (basically trading at the most profitable prices for the HFT user). All of this is done in fractions of a second and gives the high frequency trader a competitive advantage. So in a way, Clinton is correct. High frequency traders are able to use technology to trade at competitively advantageous prices. That’s ruining markets then, right? Perhaps not. In a Congressional Research Service report, using empirical data, they found that HFT strategies appear “to have had a beneficial impact on market quality metrics” such as increased market liquidity, smaller bid/ask spreads, and reduced volatility.

What about the argument that high frequency traders are utilizing their expensive, high-tech computers to drive out competition from the little guys? That comes up short also. As described in a Bloomberg article, when someone invests through an online investment platform, such as E*TRADE, they aren’t competing against high frequency traders. Those traders are competing against one another to fill the E*TRADE order. Because of the traders, the E*TRADE investor doesn’t pay fees to send their order to the public exchanges. HFT platforms also allow for prices to be more competitive, which in turn saves the investor money.

Clinton is wrong when she says HFT is a burden on our markets, but if she were right, would a FTT be the right fix? Transaction taxes typically range from 0.1% to 0.5% depending on the asset, so the logic behind FTTs makes sense when talking to voters. A tax rate that small sounds trivial, especially when Wall Street corporations are the ones paying it. However, given the sheer volume of trades, it could raise billions of dollars in tax revenue. The Tax Policy Center has released a report stating that a well designed FTT could raise up to 0.4 percent of GDP in taxes in 2017 ($75 billion). What about the costs though?

FTTs raise transaction costs, decrease trade volumes, reduce asset prices, and increase the bid/ask spreads of assets. All of these factors decrease market liquidity, which means buying and selling assets in the market will change asset prices more drastically. This would increase market volatility and risk. Research on FTTs by the Tax Policy Center states:

“The FTT clearly can most optimistically be considered a second best solution. Over the long term, it appears poorly targeted at the kinds of financial sector excesses that led to the Great Recession.”

Clinton’s FTT plan appears to be a poor solution in search of a non-existent problem.