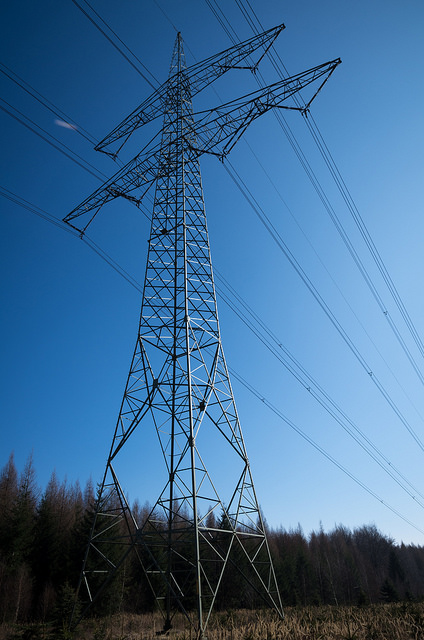 Hillary Clinton and Donald Trump have very different views on how to power America – but neither presidential candidate has gone into detail about how they will keep the lights on.

One of the final questions of the second presidential debate was perhaps one of the more substantive policy questions asked throughout this chaotic election season. While the rest of the internet has focused on Ken Bone and his striking red sweater, the content of his question was equally striking:

“What steps will your energy policy take to meet our energy needs, while at the same time remaining environmentally friendly and minimizing job loss for fossil power plant workers?”

The energy sector faces shifting supplies abroad and aging infrastructure struggling to meet regulatory and consumer demands, so it needs new ideas and a fresh outlook from our leaders. Unfortunately, both candidates gave Americans a series of stale talking points and clichés.

Stuck in the Past?

“Energy is under siege by the Obama administration,” Donald Trump began, continuing a trendy narrative that he has told at countless rallies about President Obama’s “job-killing energy restrictions.”

Looking just at Trump’s favored energy sources, oil and natural gas, it’s clear that this is not entirely accurate. According to the EIA, the Obama administration saw an overall increase in employment in the oil and gas sectors, peaking at a high of 538,000 jobs in October 2014. Jobs have since dropped, but the change corresponds to a worldwide oil glut and a resultant significant drop in prices.

Of course, job counts don’t tell the whole story. According to the U.S. Bureau of Labor Statistics, overall labor productivity for oil and gas extraction rose from 97.2 in 2009 to 119.5 in 2015. President Obama could not take responsibility for this increase if he wanted to, as it is thanks to innovation in the industry and translates to fewer workers needed to produce more product.

“We are killing, absolutely killing, our energy businesses,” Trump continued, but production numbers from the EIA say otherwise: In 2008, the US energy industry produced 73.2 quadrillion Btu — and in 2015, that number grew to 87.95, a 16 percent increase almost completely created by fossil fuel (natural gas) production. That is not a dying industry; that is an industry continuing to diversify and surpass expectations.

Finally, Trump displayed a clear ignorance of the direction of consumer and industry demands when he explained that he wants to use clean coal to revive our energy industry. In 2015, demand for coal in the power sector reached its lowest level since 1987, with coal-powered energy use down 18 percent from 2014. (Trump cited Ohio as one of the states where he would bring coal power “back”; yet Ohio has already begun to redirect its manufacturing prowess toward clean energy and has installed wide renewables targets.)

Meanwhile, natural gas and alternative sources continue to grow — natural gas provided 29 percent of energy consumption in 2015 and it surpassed coal in electricity generation. Perhaps this is because natural gas plants are more efficient than coal, or perhaps it’s because 70 percent of registered voters support setting strict carbon emissions on coal power plants.

The shift toward natural gas and alternative energy sources is paired with increased use of energy efficiency through stronger building codes and increased energy productivity. Businesses and consumers alike recognize efficiency as a strategic cost-saving trend, and it is also a key point of bipartisan agreement while the Energy Policy Modernization Act is conferenced in Congress.

If Trump wants to make an effective campaign on energy, he should start with these ideas and recognize that the United States is moving forward in energy. Today, coal is inefficient and old-fashioned, just like Trump’s energy policies.

Too Good to be True?

Hillary began her response with a new talking point that took everyone by surprise: “We are now, for the first time ever, energy independent.”

Simply put, this is incorrect: In 2015, the United States produced 87.9 quadrillion BTUs of energy and used 97.3 quadrillion BTUs, meaning we have not yet hit the “independent” mark.

If Clinton had said the US is heading toward energy independence, she would have been accurate: The EIA has projected that the US is the only major economy that will become less reliant on imported liquid fuels and natural gas through 2020 — and potentially become a net exporter if the price of oil increases as expected.

Clinton continued with typical talking points – fighting climate change, using natural gas as a bridge to move toward clean energy “as quickly as we can,” and remaining energy independent.

What she didn’t explain is that her energy policy has quickly become a balancing act, because talk of energy independence must be based in an understanding that a majority of American energy supplies come from natural gas (29 percent) and oil (about 35 percent). Therefore, Clinton’s two-sided energy policy of both independence and quickly shifting toward renewables is too good to be true. We simply do not have the developed renewable sources to provide anywhere close to 100 percent of our energy any time soon.

Energy independence is only effective if energy supplies are well-disbursed and independence is relative – well-disbursed so that a natural disaster such as Hurricane Matthew doesn’t knock out the energy supplies of the East Coast (and so a price hike in one source market does not deeply affect consumers), and relative so that the US can continue benefitting from the competition, pricing, and geopolitical influence that comes with being involved in global energy markets.

Whether or not natural gas is a bridge to more renewable fuels is a separate conversation, but it is important to point out that Clinton is talking about effectively redesigning the US energy system — yet she fails to point out a key cost that ought to be addressed to the public more clearly.

American energy infrastructure is old and outdated; the American Society of Civil Engineers rated the electrical grid and pipeline distribution systems an overall D+ in 2013, bringing to light the permitting issues, poor weather responses, and limited maintenance that have increased the number of failures and power interruptions nationwide. Thus, we need new investment in infrastructure just to keep the lights on, not to mention establish new systems and sources nationwide (and, apparently, also figure out how to support an independent energy economy).

Investment, infrastructure, and industry adaptation take time, and we do not want to end up like Germany, where the government expanded its renewables standards too quickly and now finds itself forced to artificially reduce its renewables markets to deal with grid congestion and a loss of competition.

Overall, modernizing our energy system should never just be done “as quickly as we can” but rather “as quickly and effectively as we can” — as excited as Clinton’s base may be about an energy revolution, she ought to stick to realistic solutions that utilize markets to solve what is truly an economic dilemma.

To conclude, energy is a critical resource that warrants political attention, yet both candidates have thrown little more than talking points at the problems within the robust US energy industry. A realistic approach to a modern energy mix combined with an eyes-wide-open view of energy independence will be crucial to a reliable energy industry going forward.