In an op-ed for The Atlantic, law professor Dawinder S. Sidhu discusses an upcoming case this term, Holt v. Hobbs, which involves the question of whether Arkansas’ Department of Corrections’ grooming regulations violate Holt’s religious freedom.  Sidhu asserts that this case should begin and end with Hobby Lobby.  Yet, Professor Sidhu ignores one key distinguishing factor: here, unlike in Hobby Lobby, there exists no clear less restrictive exemption that achieves the government’s compelling interest.

In Hobby Lobby, the Supreme Court held that the mandate to provide contraception violates the Religious Freedom Restoration Act (RFRA) because there existed a less restrictive means of achieving the same compelling government interest: Namely, the accommodation afforded to non-profits. Holt hinges on an essentially identical test: if a grooming restriction, which precludes growing ½-inch facial hair, places a substantial burden on religious interests, then it must satisfy a compelling government interest in the least-restrictive way.

The burden then shifts  to Arkansas’ Department of Corrections to provide a compelling government interest that cannot be achieved by any less-restrictive method.  Sidhu assumes the Arkansas cannot satisfy its burden.  It is his belief that Holt should therefore prevail unless Roberts Court’s stance on religious freedom, as articulated in Hobby Lobby, does not extend to “a minority faith, Islam, practiced by a disfavored member of our society: a prisoner.”

In Hobby Lobby, the Court assumed that the government had a compelling interest. The Court will likely do the same in Holt. Sidhu questions its merits, referencing other states’ lax policies on facial hair. But the Court has been generally wary of weighing into the merits of Government policies.

The least-restrictive-means portion of the analysis differentiates Holt from Hobby Lobby.  In Hobby Lobby, the government attempted to prevail on the fact that the entity that received the accommodations were different, not the exemptions themselves.  Because the government accommodated one group–non-profits–must it similarly accommodate another group–closely-held Corporations? The Court found this distinction unavailing because the accommodation provided to non-profits could be extended easily to closely-held corporations while still accomplishing the compelling governmental interest. 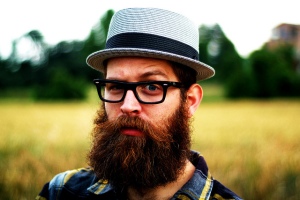 But here there is no obvious less restrictive means that achieves the alleged government interest.  Sidhu argues that as Arkansas makes medical exemptions form the grooming regulation, Arkansas should be able to grant this religious exemption.

To be clear, Arkansas still faces an uphill battle to satisfy its burden; however, Hobby Lobby does not threaten the “Court’s reputation,” should the Court reach a contrary result and deny Holt’s religious claims.