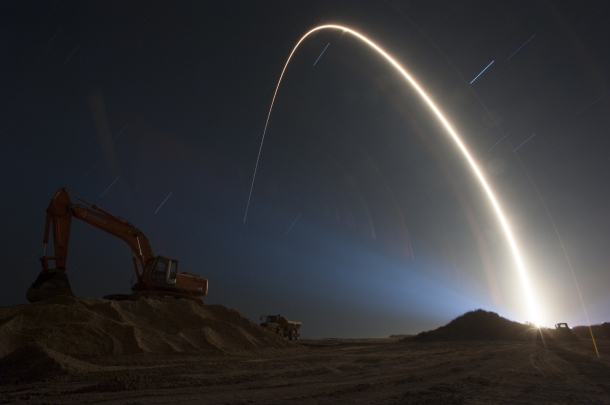 After years of fighting, the Senate has reached a compromise regarding the use of Russian rocket engines for U.S. military space launches.  The agreement lifts the ban implemented in the 2015 National Defense Authorization Act until 2022, after which the Pentagon can no longer issue launch contracts to firms using Russian made rockets.  “Firms,” in this case, effectively means the United Launch Alliance (ULA) which uses the Russian RD-180 in its Atlas V rocket.  ULA is a joint venture of Lockheed Martin and Boeing formed in 2006 that had a monopoly on military launch contracts until SpaceX was authorized to launch military satellites in 2015.  SpaceX was awarded its first military contract in 2016 for a GPS satellite launch.

This compromise is beneficial for a number of reasons.  It provides a manageable timeline for the U.S. to eliminate its reliance on Russian technology to access space.  This is critical in preventing diplomatic difficulties from jeopardizing the military’s ability to launch GPS and spy satellites.  In addition, it allows ULA to compete with SpaceX in the short-term using its stock of RD-180s while giving it time to develop better, more cost-efficient rockets for the next phase of space innovation.

Competition is desperately needed in this space, no pun intended.  The cost for each ULA launch is more than $350 million, whereas SpaceX promises launches for under $100 million.  Under an agreement called the EELV Launch Capability contract, the U.S. pays ULA $800 million annually just to maintain its infrastructure.  The deal was originally put in place to ensure the government’s sole source for military space launches stayed in business but has since been criticized after ULA failed to bid on its first competitive launch contract since its formation.  After SpaceX was issued the contract by default, then vice president of ULA engineering Brett Tobey was recorded implying the Pentagon put great effort into manipulating the bidding process in their favor and was thus disappointed they dropped out. The Pentagon’s inspector general has since opened an investigation into whether the Defense Department has shown bias towards ULA in awarding launch contracts.

While ULA’s ability to compete with SpaceX has been brought into question by many, including ULA itself, the Senate compromise represents an opportunity to turn things around.  ULA has enough RD-180s stockpiled to complete launches through 2019, which will help them compete with SpaceX as they develop American-made engines.  They have already begun this process by partnering with Blue Origin in 2014 to produce a new engine called the BE-4, which is scheduled to be ready for military launch in 2019 when their RD-180 stock is depleted.

That is not to say the road ahead will be easy for ULA.  In addition to the Pentagon investigation, the Senate has begun putting pressure on the Air Force to reevaluate the EELV program that subsidizes ULA due the program’s ballooning costs.  According to a 2016 Government Accountability Office report, new projected estimates of the program’s cost reach $70 billion, a 100 percent increase over the estimated costs from a year earlier.  Although it is tough to determine how much of ULA’s higher costs are a result of their monopolistic “just trust us” relationship with the Department of Defense, losing out on the EELV subsidy could pose huge problems for it in the short-term.

Competition in this industry could result in huge savings for the U.S. government and an increased pace of innovation, which could in turn decrease costs even further than the initial savings offered by SpaceX.  Hopefully, ULA can reconfigure itself to survive this new competitive environment.  They have an incredible track record of launch successes, over 100 in 10 years, that has been essential to the U.S.’ space presence.  With the U.S.’ commitment to eliminating its dependence on Russian engines and spurring innovation, the next few years could be the beginning of a new paradigm in space technology.