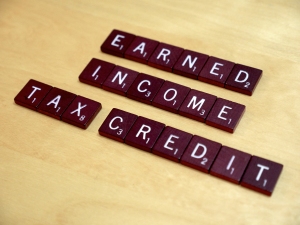 For years, there has been concern over stagnant wages, unemployment, and the persistence of poverty across the United States. Many different remedies have been proposed, and at times implemented, in an effort to improve the U.S. labor market. One of the solutions most vehemently advocated for is the increase of the minimum wage, both on the federal and state levels. While the goal of bolstering labor market conditions is worthwhile, this policy often fails to do so. As a price floor, the minimum wage distorts the labor market, creating unemployment among individuals who would like to work. Firms are unable to hire these individuals at the mandated wage. This distortion becomes more exacerbated at higher required wage levels. Consequently, a better plan is to focus on policies that do not distort the market and directly assist workers. A strong case can be made that the Earned Income Tax Credit (EITC) has played a significant role in the fight against poverty and could provide further assistance if expanded.

The EITC was originally introduced as part of the Tax Reduction Act of 1975. Since its enactment, the EITC has expanded significantly to become one of the largest antipoverty programs in the United States. It is a federal tax credit that provides low to moderate income working Americans with an additional wage boost. Research has shown that families mostly use the EITC to pay for necessary expenses, and at times to finance additional education or training to achieve success in the workplace. According to the IRS, in 2016 a single mother of one would need to be earning less than $39,296 annually to qualify, while a single individual with no children would need to be earning less than $14,880. In terms of maximum credit amounts, individuals with no dependent children are only able to receive $506 at the most, while those with one child can receive as much as $3,373. As shown in the graph below, the benefit allowances increase initially with rising income before leveling off and eventually tapering down for relatively higher income levels.

To receive these income supplements, people must enter the workforce. The EITC creates positive work incentives, while also putting money directly in the pockets of people who need it the most. These people are rewarded for their hard work and important contributions to the productivity of our society.

According to the President’s Council of Economic Advisers, the EITC helped to lift 4.3 million people out of poverty from 1997-1998. Additionally, a study by Kean and Moffitt (1998) indicated that expansions to the policy between 1984 and 1996 were connected with a 10.37 percentage point increase in the labor force participation rate. These and other signs of success have led policymakers to consider potential new developments. For example, House Speaker Paul Ryan has laid out a plan that would expand the EITC for childless adults. Workers would qualify at an earlier age for the benefit, the maximum credit for single people would double, the phase-in rate and phase-out rate would both double, and the maximum annual amount an individual could earn and still qualify would increase. In other words, Speaker Ryan’s plan would increase benefit amounts to poor people without children, while also enlarging the range of people who would qualify for the credit.

In addition to proposals like these, studies have been conducted to determine how effective an EITC expansion would realistically be. MDRC and New York City have been working together on a recent project called Paycheck Plus to test if expanding the EITC for workers without dependent children would increase employment and earnings, as well as reduce poverty. While the study is ongoing and results are unclear, these kinds of projects are crucial for testing the effectiveness of policy ideas before implementing them on a larger scale.

Expanding and improving the EITC could be a positive step towards strengthening the U.S. labor market. This policy idea deserves more consideration and public attention.