The Clinton transition team recently leaked its shortlist for Secretary of State. While media attention has solely focused on Vice President Joe Biden’s appearance on the list, the rest of the list reveals what a potential Clinton administration’s foreign policy might entail. Based on her shortlist, Clinton has Russian aggression and European stability on … END_OF_DOCUMENT_TOKEN_TO_BE_REPLACED

In case you missed it, a presidential candidate invited a foreign government to break into either a private citizen’s email account and steal information or break into the servers at the United States Department of State. I am in a state of disbelief. These were his words (with my editorial comments in parentheses): Russia, if … END_OF_DOCUMENT_TOKEN_TO_BE_REPLACED 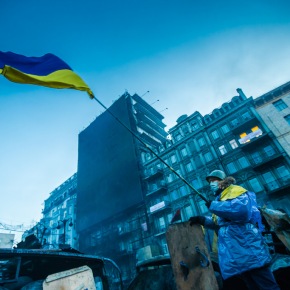 Tensions in Ukraine have been running high since ousted president Viktor Yanukovych brokered an economic deal with Russia in November, spurring month-long protests that eventually led to the overthrow of the government. A new, pro-West Ukrainian government was installed last week, naming Oleksandr Turchinov as president and opposition leader Arseniy Yatsenyuk as prime minister until … END_OF_DOCUMENT_TOKEN_TO_BE_REPLACED

On January 15th, the U.S. Senate Select Committee on Intelligence (SSCI) released a review entailing the official series of events that unfolded in Benghazi, Libya on September 11-12th of 2012 as well as findings and recommendations that could have prevented this attack and future attacks on U.S. embassies and facilities abroad from happening. SSCI was … END_OF_DOCUMENT_TOKEN_TO_BE_REPLACED

Late last week a seldom heard voice echoed throughout the regulatory reform debate forum when the U.S. Department of State openly stood behind the controversial Securities and Exchange Commission (SEC) ‘Resource Extraction Rule.’ This rule, developed as part of the continuing cavalcade of Dodd-Frank initiatives, went into effect last August with the goal of requiring … END_OF_DOCUMENT_TOKEN_TO_BE_REPLACED

When asked this past Sunday if the recent terrorist attack on American diplomats in Libya was an “intelligence failure,” senior White House Advisor David Plouffe said, “No, this was an event obviously … a complex event.” Let us ignore the obvious tautology of Plouffe’s remarks and his clear desire to obfuscate the issue instead of … END_OF_DOCUMENT_TOKEN_TO_BE_REPLACED

In the wake of Ambassador Christopher Stevens’ death, the resultant media deluge on Libyan consulate attacks spouted a cornucopia of opinions, including discussion on the anti-Muhammad film that sparked the initial protests, the effectiveness of President Obama’s foreign policy efforts towards the Middle East;, the thought process, or lack thereof, of Mitt Romney’s ill-time statement … END_OF_DOCUMENT_TOKEN_TO_BE_REPLACED